Dominica, island country of the Lesser Antilles in the eastern Caribbean Sea. It lies between the French islands of Guadeloupe and Marie-Galante to the north and Martinique to the south. The country has been a member of the Commonwealth since independence in 1978.

The island is 29 miles (47 km) long and has a maximum breadth of 16 miles (26 km). The capital and chief port is Roseau. Dominica’s great natural beauty, especially its spectacular mountainous topography, has impressed generations of nature lovers.

The island is of volcanic formation. Dominica has a number of active volcanoes, although eruptions are rare. Other signs of geothermal activity include fumaroles (volcanic vents) and hot springs. In the south, Boiling Lake lies 2,300 feet (700 metres) above sea level; its waters are often forced 3 feet (1 metre) above normal by the pressure of escaping gases. The island has rich alluvial and volcanic soils. There are numerous rivers, all of them unnavigable. A range of high forest-clad mountains runs north to south, broken in the centre by a plain drained by the Layou River, which flows to the west; the highest points are Mount Diablotins (4,747 feet [1,447 metres]) and Mount Trois Pitons (4,670 feet [1,424 metres]). 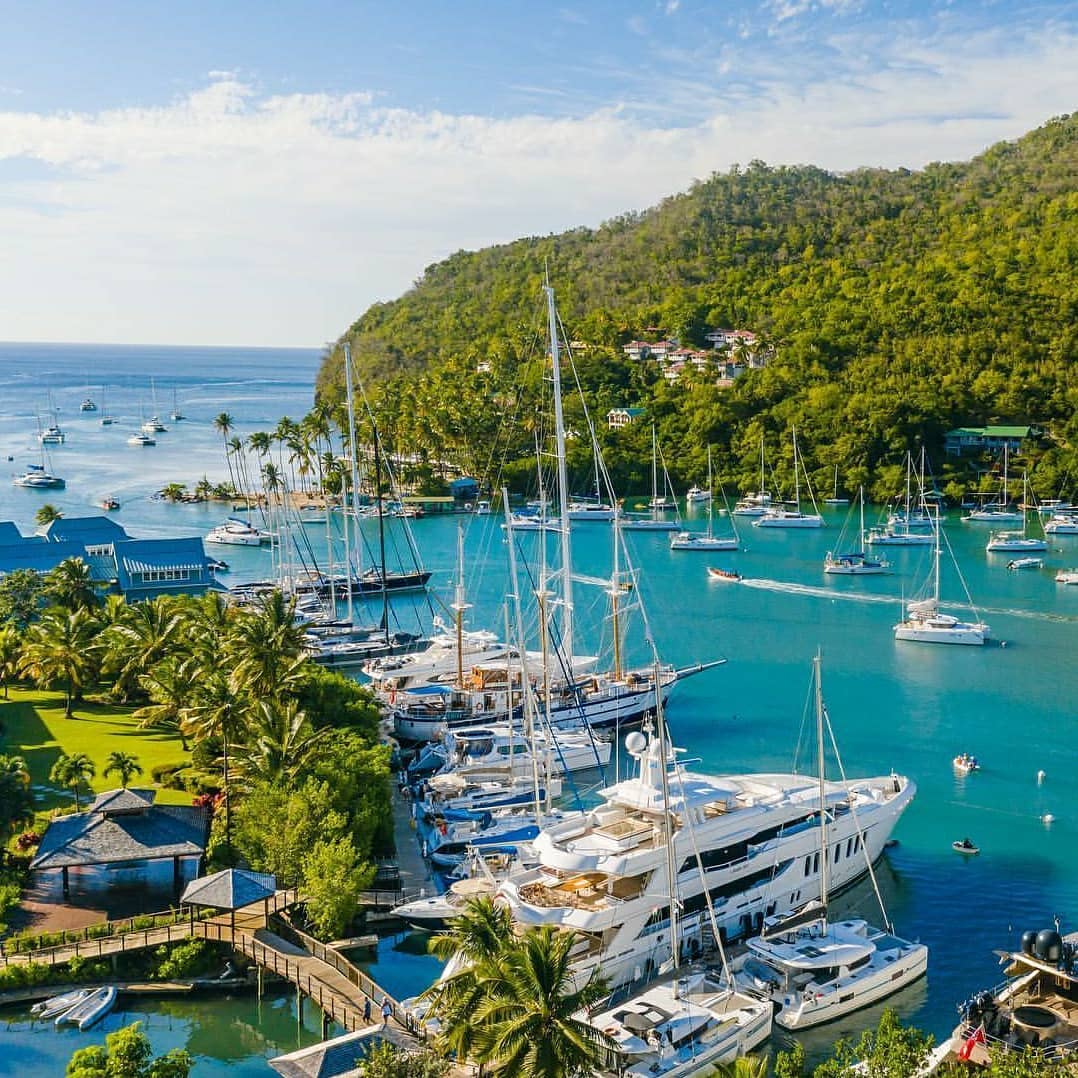 Dominica has a pleasant climate, particularly during the cooler months from December to March. Summer temperatures reach an average high of 90 °F (32 °C). Winter temperatures are not much lower, the average high being anywhere from 84 to 86 °F (29 to 30 °C). The dry season is from February to May, and the rainy season is from June to October, the most likely period for hurricanes (tropical cyclones). Rainfall varies, being especially heavy in the mountainous interior. Average annual coastal rainfall varies from about 60 inches (1,500 mm) to 145 inches (3,700 mm), but in the mountains average rainfall can reach 250 inches (6,350 mm).

The population is mainly of African descent, with some Europeans, people from the Indian subcontinent, and Caribs. Dominica is the only island with a relatively large and distinctive group of Carib Indians, descendants of the people who inhabited the island before European colonization. Most of the remaining Caribs, a small number of whom are solely of Carib descent, live in the approximately 3,700-acre (1,500-hectare) Carib Territory in the east of the island and are among Dominica’s poorest residents. 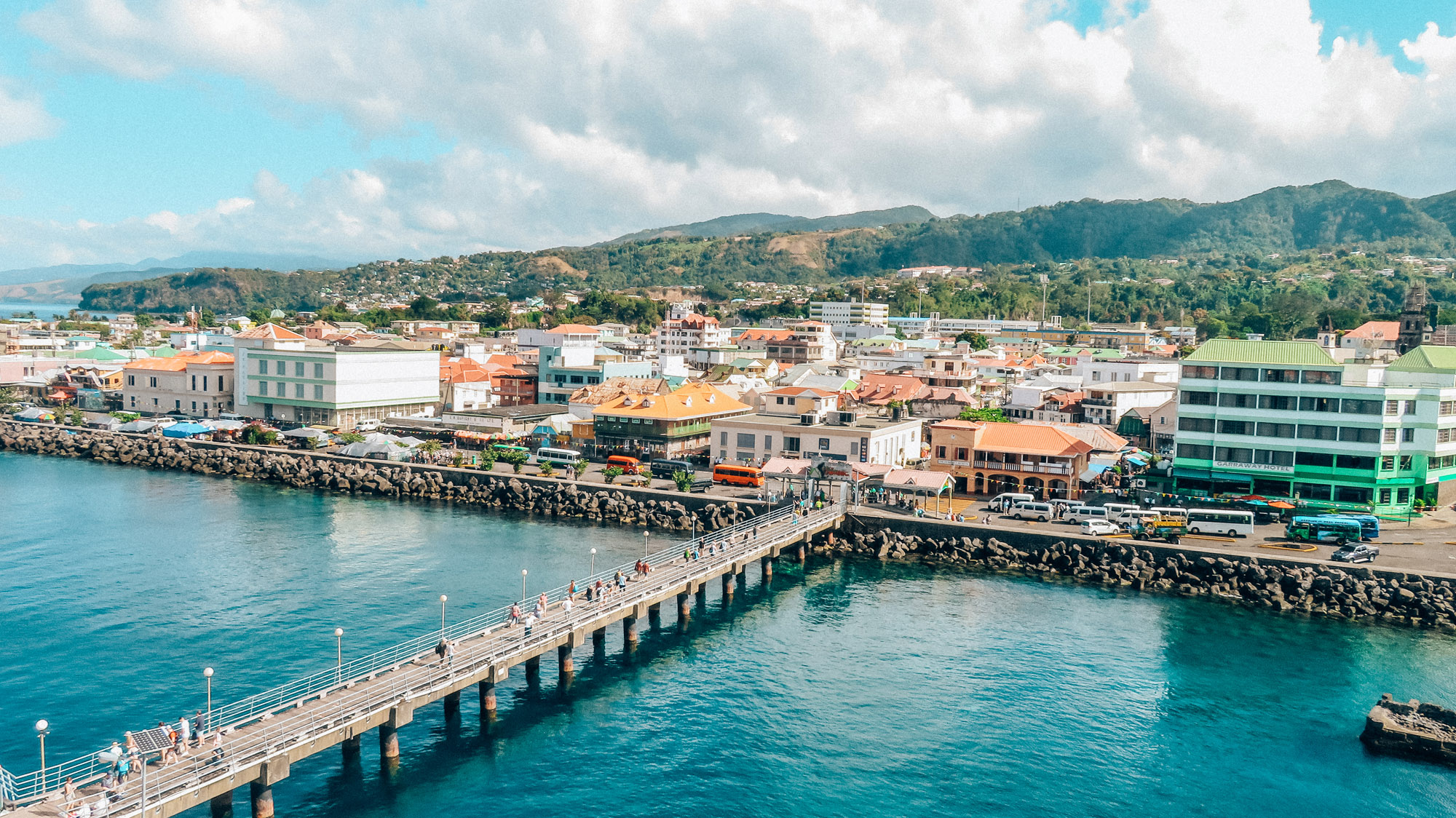 English is the official language, but a French patois is commonly spoken, and the original Carib language is evidenced in a number of place-names. The majority of the population is Roman Catholic, but there are also Methodists, Pentecostals, and Seventh-day Adventists. Dominica experienced out-migration throughout the 1970s, a trend that culminated with a massive exodus after Hurricane David in 1979. This wave continued in the 1980s but moderated in the 1990s. In 1992 the government initiated a controversial scheme to offer “economic citizenship” to investors from other countries.

Dominica is one of the poorest of the Caribbean countries. Its economy is dependent upon agriculture, which is intermittently destroyed by hurricanes. Attempts to diversify have had some success, with a growing tourism industry and a small offshore financial sector.

Agriculture remains the most important sector of the economy, in terms of both employment and contribution to the gross national product. The main crops are bananas, citrus fruits, and coconuts. Bananas accounted for nearly half of Dominica’s export earnings in the 1980s, but in the late 20th and early 21st centuries the banana crops were devastated repeatedly by hurricanes. Production also fell in the 1990s in part as a result of a World Trade Organization ruling that the European Union had breached free-trade rules by offering Dominica and other former European colonies—notably, other eastern Caribbean banana-producing islands—preferential access to the European market. Cocoa, coffee, and vegetables are also produced. Dominica is self-sufficient in fruit and vegetables and exports foodstuffs to Guadeloupe. The forests have potential for marketable timber. The fishing industry was devastated by Hurricane David in 1979, when nearly all of the island’s fishing boats were destroyed, but, beginning in the 1990s, a new fishing port and market were built at Roseau (and subsequently repaired and renovated) with Japanese financial support.

Pumice, a volcanic rock used chiefly for building purposes, is the most important commercial mineral. There are also deposits of clay and limestone. Extensive copper deposits in the northeast have been investigated for possible exploitation.

Most of the main products and exports are derived from the agricultural sector; they include copra, coconut oil, soap, bay oil, and fruit juices. Soap, derived from coconut oil, is an important export. There is a small garment-assembly sector. Wood products, including furniture, are produced from local timber. Portsmouth is the main boatbuilding centre. Imports include food, mineral fuels, and manufactured goods.

Tourism developed dramatically in the late 20th century despite the island’s poor transportation infrastructure and the relative lack of hotel facilities and good beaches. Approximately 80,000 “stay-over” tourists visit the island each year, while the ports of Prince Rupert Bay and Roseau serve more than 300,000 cruise-ship passengers on day visits annually. The island has sought to develop reserves of its unique flora and fauna to attract tourists and markets itself as the “nature island” of the Caribbean.

High rainfall and rugged terrain have impeded road building in Dominica. The first road across the island was not completed until 1956, and it was not until 1984 that a major road-rehabilitation project was launched to greatly improve accessibility. The main airport is Melville Hall, located at Marigot, on the northeast coast. A second airport is at Canefield, near Roseau. Larger vessels use the deepwater port at Woodbridge Bay near Roseau, but Portsmouth remains the major banana-shipping port.

The constitution adopted at independence provides for a president as head of state and a prime minister as head of government. The legislative branch of government, called Parliament, consists of the president (ex officio) and a single-chamber House of Assembly. Of the 32 total house members, 21 are elected from constituent districts; 9, called senators, are presidential appointees; and 1, the speaker, is elected either from among members who do not belong to the cabinet or from outside the House of Assembly. The attorney general is also considered a member of the house. The president is elected by the legislature, and the prime minister is appointed by the president from among the elected members of the House of Assembly. The prime minister heads a cabinet chosen by the president from among members of the house, although no more than three cabinet members may be senators. Terms of office are for five years, and there is universal adult suffrage.

Primary education is compulsory and free in government-run schools. There are many secondary schools, a teacher-training college, a medical school, a nursing school, and a branch of the University of the West Indies. Literacy is estimated at nearly 90 percent.

Carib material culture remains evident in the production and use of dugout canoes and intricate woven baskets. The Carib community underwent a cultural renaissance in the 1990s with the opening of a cultural centre in Roseau and increased tourist interest in Carib art and traditions. The government’s cultural agencies have encouraged the revival of slavery-era traditions, which had almost died out, including Afro-French dances, drama, music, and costumes. France remains an important cultural influence in Dominica because of its linguistic legacy and the proximity of Martinique and Guadeloupe, and Dominica’s French-influenced creole was revived in the 1980s and ’90s with the publication of a dictionary and other texts. Other legacies are the predominance of Roman Catholicism—unusual in a former British colony—and Dominica’s French-influenced cuisine, which features local fish and vegetables.

The Dominica Museum, in Roseau, features exhibits on the island’s natural history, economy, culture, and history. Dominica produced two well-known novelists in the 20th century, both of whom were Creole. Jean Rhys (1890–1979) was famous for Wide Sargasso Sea (1966), a broodingly atmospheric novel set on an island that is clearly Dominica. Her contemporary Phyllis Shand Allfrey (1908–86) became known for The Orchid House (1953), which tells of the physical and spiritual decadence of a white planter family in Dominica. As well as writing fiction, Allfrey was a politician, cofounding the Dominica Labour Party and serving as a minister in the West Indies Federation, and a poet, celebrating her island’s natural beauty in poems such as “The Child’s Return.”