At the end of World War I, defeated Hungary lost 71 percent of its territory as a result of the Treaty of Trianon (1920). Since then, grappling with the loss of more than two-thirds of their territory and people, Hungarians have looked to a past that was greater than the present as their collective psyche suffered from the so-called “Trianon Syndrome.” The syndrome was widespread prior to 1945; it was suppressed during Soviet domination (1945–90); and it reemerged during independence in 1990, when it took on a different form. The modern country appears to be split into two irreconcilable factions: those who are still concerned about Trianon and those who would like to forget it. This split is evident in most aspects of Hungarian political, social, and cultural life. 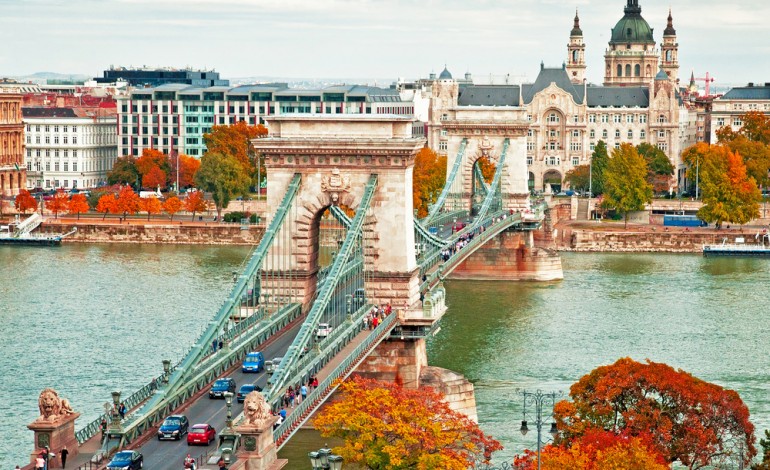 Hungarians, who know their country as Magyarország, “Land of Magyars,” are unique among the nations of Europe in that they speak a language that is not related to any other major European language. Linguistically surrounded by alien nations, Hungarians felt isolated through much of their history. This may be the reason why after Christianization they became attached to Latin, which became the language of culture, scholarship, and state administration—and even the language of the Hungarian nobility until 1844.

Today Hungary is wholly Budapest-centred. The capital dominates the country both by the size of its population—which dwarfs those of Hungary’s other cities—and by the concentration within its borders of most of the country’s scientific, scholarly, and artistic institutions. Budapest is situated on both banks of the Danube (Hungarian: Duna) River, a few miles downstream from the Danube Bend. It is a magnificent city, even compared with the great pantheon of European capitals, and it has been an anchor of Hungarian culture since its inception.

Landlocked and lying approximately between latitudes 45° and 49° N and longitudes 16° and 23° E, Hungary shares a border to the north with Slovakia, to the northeast with Ukraine, to the east with Romania, to the south with Serbia (specifically, the Vojvodina region) and Croatia, to the southwest with Slovenia, and to the west with Austria. 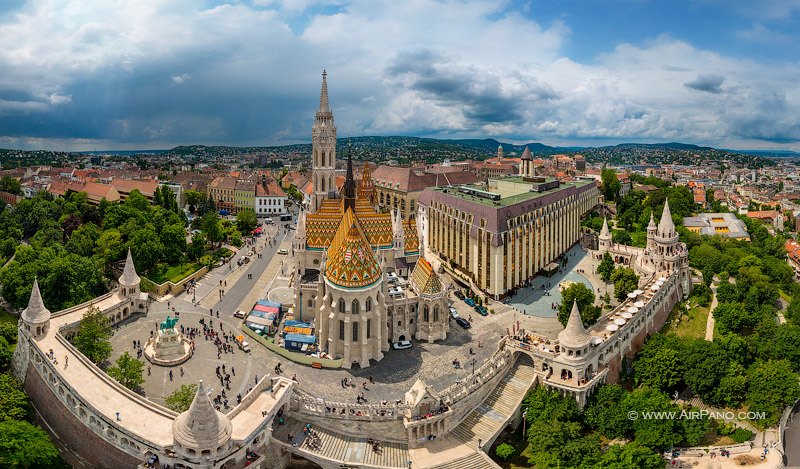 There are few lakes in Hungary, and most are small. Lake Balaton, however, is the largest freshwater lake in central Europe, covering 231 square miles (598 square km). Neusiedler Lake—called Lake Fertő in Hungary—lies on the Austrian border and was designated a World Heritage site by UNESCO in 2001. Lake Velence lies southeast of Budapest.

From its inception in the 10th century, Hungary was a multiethnic country. Major territorial changes made it ethnically homogeneous after World War I, however, and more than nine-tenths of the population is now ethnically Hungarian and speaks Hungarian (Magyar) as the mother tongue. The Hungarian language is classified as a member of the Ugric branch of the Uralic languages; as such, it is most closely related to the Ob-Ugric languages, Khanty and Mansi, which are spoken east of the Ural Mountains. It is also related, though more distantly, to Finnish and Estonian, each of which is (like Hungarian) a national language; to the Sami languages of far northern Scandinavia; and, more distantly still, to the Samoyedic languages of Siberia. Ethnic Hungarians are a mix of the Finno-Ugric Magyars and various assimilated Turkic, Slavic, and Germanic peoples. A small percentage of the population is made up of ethnic minority groups. The largest of these is the Roma (Gypsies). Other ethnic minorities include Germans, Slovaks, Croats, Romanians, Serbs, Poles, Slovenians, Rusyns, Greeks, and Armenians. 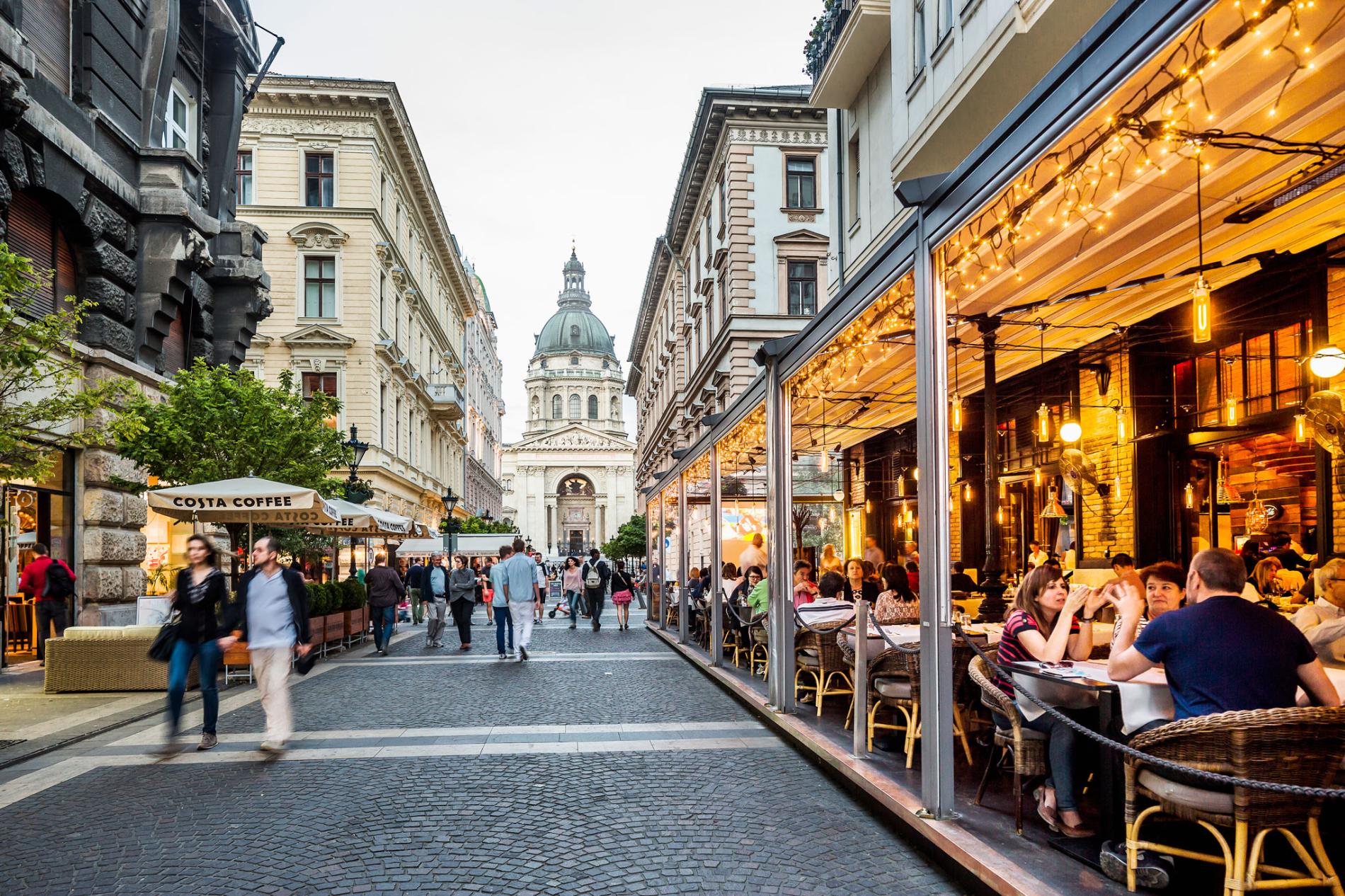 The Great Alfold is the largest region of the country. It is divided into two parts: Kiskunság, the area lying between the Danube and Tisza rivers, and Transtisza (Tiszántúl), the region east of the Tisza. Kiskunság consists primarily of a mosaic of small landscape elements—sand dunes, loess plains, and floodplains. Kecskemét is the market centre for the region, which is also noted for its isolated farmsteads, known as tanyák. Several interesting groups live there, including the people of Kalocsa and the Matyó, who occupy the northern part of the plain around Mezőkövesd and are noted for folk arts that include handmade embroidery and the making of multicoloured apparel.

In the generally homogeneous flat plain of the Transtisza region, only the Nyírség area in the northeast presents any form of topographical contrast. Closely connected with the Nyírség are the Hajdúság and the Hortobágy regions, and all three areas look to Debrecen, the largest city of the plain. The steppe life of earlier times survives in the Hortobágy, where the original Hungarian cattle, horse, and sheep breeds have been preserved as part of the national heritage. The national park there was designated a UNESCO World Heritage site in 1999.

The Little Alfold, the second major natural region, is situated in the northwest and is traversed by the Danube and Rába rivers and their tributaries. It is more favourably endowed with natural resources than is the Great Alfold; both agriculture and industry are more advanced there. Győr, known for its Baroque architecture, is the region’s major city.

The third major region, Transdanubia, embraces all of the country west of the Danube exclusive of the Little Alfold. It is a rolling upland broken by the Bakony and Mecsek ridges. Lake Balaton is a leading resort area. To the south of the lake are the hills of Somogy, Tolna, and Baranya megyék (counties), where Pécs, a mining and industrial city, is the economic and cultural centre. Also found in Transdanubia are the Bakony Mountains, whose isolation, densely forested ridges, small closed basins, and medieval fortresses and monasteries have protected the local inhabitants over the course of many stormy centuries. Although modern industrial towns drawing on the bauxite, manganese, and brown coal resources of the area have sprung up, the cultural centre of Transdanubia is the historic city of Veszprém. In the southern part of the region, north and west of Lake Balaton, are health resorts and centres of wine production, notably Keszthely, Hévíz, Badacsony, and Balatonfüred.

The Northern Mountains, the fourth major geographic region of the country, contains two important industrial areas, the Nógrád and Borsod basins. Agriculture is also important, especially viticulture; notable are the Tokaj (Tokay) and Eger vineyards. Indeed, the region that produces Tokay wines was designated a UNESCO World Heritage site in 2002. Tourism in the Northern Mountains is well-developed, and numerous spas and recreation centres are located there. Miskolc is the main economic centre for the region.

Despite these obstacles, adjustment to the world economy was evident by the turn of the 21st century. Hungary’s liberal foreign investment regime attracted more than half of the entire foreign direct investment in central and eastern Europe in the first half of the 1990s. Modernization of telecommunications also began, and new industries (e.g., automobile manufacturing) emerged. Significantly, nearly one million small-scale, mostly family-owned enterprises were established by the early 21st century. State ownership of businesses declined to roughly one-fifth. Another important contributor to economic growth has been a flourishing tourist industry.

The most important natural endowments of Hungary, particularly in its western and central areas, are its fertile soil and abundant water resources—notably Lake Balaton, a major asset for tourism. Fossil fuel resources are relatively modest. High-quality anthracite (hard coal) is extracted only at Komló, and lignite (brown coal) is mined in the Northern Mountains (notably at Ózd) and in Transdanubia (at Tatabánya). Coal once satisfied half of Hungary’s energy requirements; it now represents less than one-third of energy production.

Oil and natural gas were discovered in the late 1930s in Transdanubia and during the decades following World War II at several localities in the Great Alföld, especially near Szeged. Their share of energy production increased from one-third to one-half between 1970 and 2000; however, Hungary is able to meet only a fraction of its oil requirements with domestic resources.

The country’s only significant mineral resources are bauxite—of which Hungary has some of the richest deposits in Europe—manganese, in the Bakony Mountains, and the undeveloped copper and zinc resources at Recsk. Extraction of various metal-bearing ores increased significantly in postwar Hungary, but iron ore is no longer mined. Other minerals that are found include mercury, lead, uranium, perlite, molybdenum, diatomite, kaolin, bentonite, zeolite, and dolomite.

Under the Soviet-style, single-tier banking system, the National Bank both issued money and monopolized the financing of the entire Hungarian economy. Beginning in 1987, Hungary moved toward a market-oriented, two-tier system in which the National Bank remained the bank of issue but in which commercial banks were established. Foreign investment was permitted, and “consortium” (partly foreign-owned) banks were formed. In 1990 a stock exchange was established.

In the 1990s, in the postcommunist period, the reform process continued with the founding of private banks, the sale of shares in state-owned banks (though most banks remained state-owned), and the enactment of a law that guaranteed the independence of the National Bank. The currency (forint) also became entirely convertible for business. By the turn of the 21st century, with a dramatic increase in foreign investment and in the number of commercial banks, the Hungarian banking system had been almost completely privatized. In 1986 the state-operated insurance system was split into two separate companies, and by the following decade more than a dozen insurance companies were in operation.

Throughout the last decade of the 20th century, the service sector’s portion of Hungary’s GDP rose at an annual average rate of about 0.5 percent. By the early 2000s, services accounted for almost two-thirds of GDP and of the workforce. Tourism played a big role in this development as Hungary became an increasingly popular destination for travelers, especially those from Austria, Croatia, Germany, Montenegro, Romania, Serbia, Slovakia, and Ukraine, most of whom arrived by car. There is also significant tourism via low-cost air carriers from western Europe, as well as from the United States, Canada, and Australia.

Railways have long been the centre of Hungary’s transportation system. By World War I the country had a modern network that was among the densest in Europe, and it continued to expand regularly until the late 1970s, with electrification beginning in the previous decade. When industrial production declined during the transition to a market economy, rail transport of goods dropped sharply, accompanied by significant cutbacks in government subsidies that contributed to the deterioration of the railway infrastructure. By the end of the 20th century, however, the EU had begun funding rail network improvements, as well as roadway projects.