There has been a significant increase in the number of people seeking alternative citizenships as more countries move to tighten their borders and shut down the paths to immigration. The global excitement around a better connected, mobile and free world is rapidly being overshadowed by concerns over national security, the unprecedented refugee crisis and even the exchange of financial data with the first-phase implementation of the Common Reporting Standard. This unsettling world climate has prompted an increased emphasis on physical safety and financial security, motivating high net worth individuals to explore investment migration programs as a means of reducing their exposure to risk, and opening up new opportunities, as well as providing alternative options for themselves and their families. 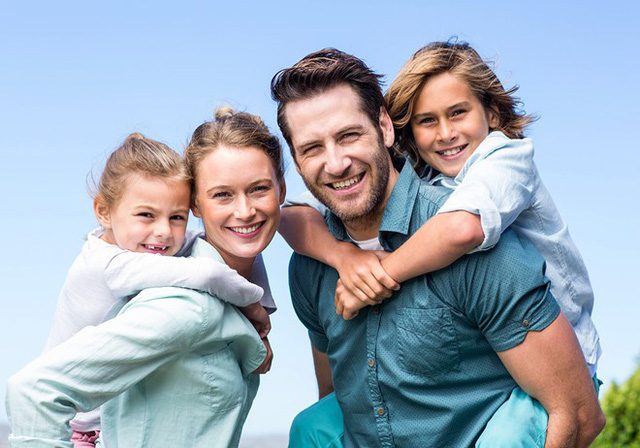 Over the past decade it has become progressively more common and accepted to have roots, footings, connections, residences and even citizenship in more than one country. It was recently reported that, today, most people move an average of 12 times during their lifetimes, and that this average is expected to increase in the coming decade. Compared to 10 years ago, there are also many more residence and citizenship-by-investment programs available. Governments are embracing these programs as a means of stimulating economic growth, while increasing numbers of wealthy and talented individuals choose to diversify their citizenship portfolios to give themselves and their families greater international opportunity, freedom and security.

The Impact of Travel Freedom on Global Citizens

Despite the world becoming more mobile and interdependent, there remains huge disparity in the levels of travel freedom enjoyed by citizens of different countries. This is clearly evident in the 2017 Henley & Partners Visa Restrictions Index, which is produced in partnership with the International Air Transport Association (IATA). Generally, visa requirements reflect a country’s relationship with others and consider the diplomatic relations between nations, reciprocal visa arrangements, security risks, and the dangers of visa and immigration regulation violations.

Those countries offering the most important citizenship-by-investment programs in the world continue to perform strongly on the Index. Malta boasts the top-ranked investment migration program globally and, offering its citizens visa-free access to 167 countries, ranks very highly with the world’s 10th most powerful passport. Austria is also in the top 10 with its citizens enjoying unrestricted access to 173 countries and Cyprus is not far behind at 16, with 158 countries accessible without a visa.

Likewise, countries that offer citizenship-by-investment programs in the Caribbean have performed well. St. Lucia and Grenada are ranked 37th, while Antigua and Barbuda and St. Kitts and Nevis share 30th place on this year’s Index.

Malta: The Benchmark for Citizenship Programs

Despite the major shifts in global events over the last 12 months, there is one constant in the residence and citizenship planning industry – the strength and appeal of the Malta Individual Investor Program (MIIP).

The MIIP remains one of the most exclusive and sought-after programs in the world. Capped at just 1,800 applicants, the program is also the only one of its kind to be endorsed by the EU. Although extremely efficient, the application process applies the world’s strictest due-diligence standards and applicant vetting.

Malta also has one of the world’s most favorable tax environments, which, along with its advanced telecommunications network, makes it a leading European investment and business location.

The MIIP’s exclusivity, coupled with the sustained growth of Malta’s real estate market provide an added lure for international entrepreneurs and businesspeople to base themselves in one of the most stable, secure countries in Europe.

The Increasing Attraction of Southeast Asia

Motivated by the desire for greater business opportunity, as well as uncertainty around terror attacks, the interest in Southeast Asia’s investment migration programs has increased rapidly over the last year. Singapore’s residence program is especially popular with the wealthy expat community, which includes Russian, Indian and Chinese nationals who desire the enhanced travel freedom that an alternative residence can provide.

There has been unprecedented interest from Korean, Japanese and US nationals, who, despite holding strong passports from a mobility perspective, are seeking alternative residence in more tax-efficient jurisdictions. From a geographical point of view, Singapore is ideally located with easy access to the world’s major markets. The country also enjoys an efficient regulatory system, political stability, a strong credit rating and a well-educated and highly skilled population, making it an environment conducive for both residence and for maintaining a successful international business.

Another thriving Southeast Asian residence program is that of Malaysia. Initiated in 2002, the Malaysia My Second Home (MM2H) program has approved over 32,000 applications to date. Continued industrial growth and political stability have made Malaysia one of the region’s most vibrant economies. It boasts an open, upper middle-income economy – the third largest in the region. It also offers a relatively low cost of living, particularly when compared to its neighbor Singapore. Malaysian residents are only taxed on locally sourced income, and the progressive tax rate on chargeable income is capped at 26 per cent. Malaysia also has an extensive network of double taxation agreements with numerous countries around the world.

A Second Home in Paradise with a Thai Residence

Also in Southeast Asia is Thailand’s exclusive residence program, which gives foreigners the right to live in the country for up to 20 years, as well as a range of special VIP privileges – an offering which is gaining considerable international traction. In early 2017, Henley & Partners were awarded the global concession to promote the program which, in many respects, is the first of its kind in the world. The program was initiated by the Royal Thai Government to attract wealthy global citizens, families, investors and entrepreneurs who want to spend extended periods of time in the country to take advantage of its beneficial tax regime and affordable but exceptionally high standard of living.

The special residence visa is issued by the Thailand Privilege Card Company Limited (TPC) – a wholly owned subsidiary of the Tourism Authority of Thailand. The ‘Land of Smiles’, as it has become known thanks to the friendly disposition of its citizens, is one of the most sought-after destinations in Southeast Asia, with an increasing number of wealthy families and retired individuals from Europe, the US, Japan and other developed nations keen to take advantage of its temperate climate, spectacular landscape and outstanding leisure facilities.

The resilience and increased appeal of citizenship programs in the Caribbean has seen many of their European counterparts adapt and reduce their requirement thresholds in an effort to retain their market share. Cyprus is the latest country to adjust to this increasing pressure, lowering the minimum requirement of all four of its program options to €2 million.

Updates to the requirements were made to further promote foreign direct investment in the country and to align the program with the most recent industry requirements and standards. The investment options were also restructured and include the choice to purchase real estate or to develop land; to purchase, create or participate in Cypriot businesses; to participate in alternative investment funds or to take up a combination of these three options.

The changes to the program have encouraged massive interest in real estate on the island. An extraordinary increase of 121 per cent was recorded in the number of property sales contracts deposited across Cyprus year-on-year in December 2016. There has also been a 50 per cent worldwide increase in the number of online searches for Cypriot property. The growing interest in Cypriot real estate has also caused the value of the limited available property to increase significantly.

Owning to the success of the St. Lucia program in the year and a half since its launch, Henley & Partners opened an office on the island, its fourth in the Caribbean.

St. Lucia’s citizenship-by-investment program, the newest in the Caribbean, offers exceptional value, especially to single applicants who can benefit from the most competitive investment threshold in the region. The island nation grants its citizens visa-free access to 127 countries, including the EU’s Schengen area, the UK, Singapore and Hong Kong. In addition, there are no residence or visitation requirements and citizenship can be passed on to future generations by descent.

A range of reasonably priced options are available to those taking up the program and citizenship processing is swift and efficient. As with Henley & Partners’ other Caribbean programs, application standards are applied to attract only the best applications from around the world, building, as a result, a flourishing private investment market for the benefit of all St. Lucia’s citizens.

A Safeguard against an Uncertain Future

As we look towards 2018 and the many projected and unforeseen threats to our global mobility, there is one definite reassurance for the world’s wealthy and talented individuals seeking more security, greater opportunities, and financial freedom: a thriving investment migration industry. Countries offering these programs continue to reinvent and adjust their requirements and options to remain competitive, and provide applicants with the most attractive benefits that truly optimize their global presence.

Alternative residence and citizenship programs offer many exciting opportunities and have become a significant aspect of international private client planning. In many respects, citizenship has become a valuable and strategic asset for talented and wealthy individuals and their families who want to operate globally, reduce their exposure to external threats, increase their international flexibility and create new opportunities for growth.