Last December’s short-term renewal of the EB-5 Regional Center program means that foreign investors have until 30 September 2016 to make qualifying investments and submit applications under current rules before Congress imposes restrictions on the EB-5 program for Fiscal Year 2017 and beyond. 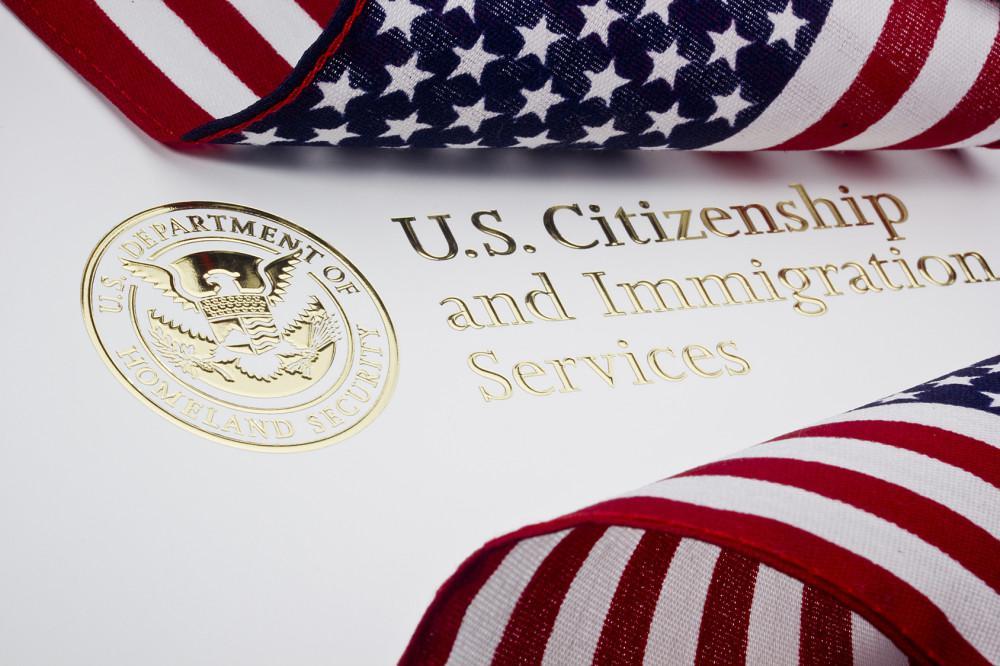 The 2015 legislative session saw Congress engaged in the most intensive debate over the EB-5 immigrant investor program in recent years, with an array of controversial proposals that sought to toughen program requirements significantly.  Though Congress ultimately opted to reauthorize the EB-5 Regional Center program with no changes through Fiscal Year 2016, the short-term renewal set the stage for renewed debate over EB-5 reform for Fiscal Year 2017. That debate resumed most recently with a hearing before the Senate Judiciary Committee, in which legislators and government officials began to discuss future legislation. One official suggested that further regulations were in store.

The prospect of stringent new obligations for EB-5 investors in the next Fiscal Year means that foreign nationals must make a qualifying investment and submit an EB-5 petition by 30 September 2016 to ensure that they can benefit from the predictability and transparency of current rules.  Though EB-5 legislative reform is not a certainty, investors who do not act promptly risk facing greater limitations on investment opportunities, restrictions on funding sources and tougher compliance obligations in Fiscal Year 2017 and beyond.

What Happened in Congress in 2015

Over the last several months, leaders in Congress and business immigration stakeholders engaged in vigorous negotiations over an EB-5 reform package. Senators and Representatives introduced various bills from which draft compromise legislation was developed. The final version of the compromise bill offered some sound proposals for reform, but contained troubling and overzealous compliance obligations and investment restrictions. Negotiations continued until the very last moments of Fiscal Year 2016 federal budget debate, when legislators decided to table the sweeping reform package and pursue a simple – though short-term – reauthorization of the EB-5 Regional Center program in late December.

While the EB-5 debate is over for Fiscal Year 2016, the compromise legislation is likely to serve as a baseline for negotiations next year.

The most vigorously debated EB-5 issue this past year was the definition and designation of Targeted Employment Areas (TEA), those regions that qualify for the minimum EB-5 investment of USD 500,000. Under existing rules, a TEA is a rural area or one that has an unemployment rate of 150% of the national average. States are vested with broad authority to designate high unemployment areas, and program regulations allow officials to set TEA borders that best reflect local demographics. High-unemployment TEAs can thus extend across multiple census tracts and include areas that are geographically distant from an investment project, but are consistent with regional commuting patterns and economic needs; many stakeholders argue that state governments have the most expertise on these issues.

Critics of the EB-5 program have sought to eliminate state involvement and impose strict methodologies on the designation of TEAs. The draft legislation developed last year would have restricted urban TEA investment to rigidly demarcated geographic areas that would qualify only if characterized by high unemployment, a high poverty rate or a lower-than-average median family income in the immediate vicinity of an investment project. Specifically, urban investment would have been limited to:

These extremely narrow definitions aim to localize job creation to the specific area of the investment project and ignore the central purpose of the EB-5 program – to create economic development that radiates outward to benefit the broader community. Many stakeholders, particularly in states with large urban centers, maintain that these proposed restrictions fail to recognize that EB-5 investment projects benefit US workers outside the specific project location, who rely on regional infrastructure to commute to urban centers of employment, and aid the lower-income peripheral areas where they reside. If these definitions are enacted in the future, many urban projects that meet current requirements and have been popular with foreign investors would not qualify for Regional Center investment.

Even if such definitions are not enacted, a senior US Citizenship and Immigration Services official suggested in an earlier Senate Judiciary Committee hearing that the agency is contemplating future regulations that could place limitations on the ability of state governments to designate TEAs.

Visa set-asides are likely to be included in future legislation and could limit the number of EB-5 immigrant visas available to investors in urban TEA projects. Late last year, Congress considered a proposal that would have reserved 6,000 of the 10,000 EB-5 visas allocated each Fiscal Year for investors in rural areas, urban poverty areas and investors in non-Regional Center projects at the USD 1 million level, with 2,000 visas allotted to each of these subcategories. Only 4,000 immigrant visas would be reserved for the most sought-after urban TEA investments, which could mean extended permanent residence delays for investors in these projects.

Future legislation could require EB-5 participants to meet a higher minimum EB-5 investment threshold in Fiscal Year 2017 and beyond. Last year, Congress considered proposals that would have raised the minimum investment in TEA projects by 60%, to USD 800,000. Though the most recent draft legislation would have left the threshold amount for all other EB-5 investment at USD 1 million, several earlier bills sought an increase to USD 1.2 million or higher. The final draft bill would have imposed automatic increases in investment minimums every five years, though the Department of Homeland Security would have the authority to raise required investment levels more frequently with very little notice and few limitations.

In future, Congress may look more closely at a single investment minimum for the EB-5 program, eliminating the financial distinction between the Regional Center program and all other EB-5 investment. However, even if the threshold for all EB-5 investment were to exceed the USD 1 million mark, the program would remain relatively inexpensive and accessible to mid-level investors in comparison to investor immigration programs worldwide.

Limitations on Source of Funds

Despite the already robust regulation and scrutiny of EB-5 fund sourcing, future legislation could place a number of restrictions on the types of funding that EB-5 investors can contribute. Last year’s draft legislation sought to restrict the use of funds obtained by gift, unless such gifts were made by the investor’s spouse, parent, adult child, sibling or grandparent. It would also have limited loan capital to funds sourced from a bank or lending institution and secured by the borrower’s assets. Other legitimate borrowing, such as family or personal loans, would have been prohibited.

These curbs are a lesser-known element of last year’s compromise bill, but could have a chilling effect on EB-5 participation by some investors, especially in combination with the currency restrictions that a number of countries – notably China – place on their citizens.

EB-5 investors are required to show that their investment created or preserved at least 10 jobs for US workers, either directly or indirectly. Under current law, there is no limitation on a foreign investor meeting job creation obligations through indirect means. But the 2015 compromise legislation would have limited indirect jobs to no more than 90% of all jobs counted for EB-5 purposes, a restriction that could unduly constrain the economic impact of the program and make it harder for investors to meet the requirement.

On the positive side, the compromise legislation would have made several improvements to the requirement. Investors would have been permitted to count jobs created by tenant occupants of commercial real estate developments as directly created jobs, and to aggregate full-time construction jobs lasting less than 24 months. Employees of a new commercial enterprise (NCE) or job-creating entity (JCE) would have been considered to hold a directly created job.

Future legislation is likely to subject foreign investors in Regional Centers to more intensive background checks and compliance reviews, despite the fact that EB-5 investors already undergo close vetting and screening at numerous points in their immigration history.

Last year’s compromise bill would have required Regional Center principals to be US citizens or lawful permanent residents. Persons involved with a Regional Center or an associated commercial enterprise or job-creating entity would have been required to register with the Department of Homeland Security, undergo stringent background checks, securities compliance checks, biometrics clearances and a test of their credentials.

The bill would also have required Regional Centers to submit an exhaustive compliance statement to the Department of Homeland Security each year. The statement would have had to include a detailed breakdown of all foreign capital invested in the Regional Center, the new commercial enterprise and the job-creating entity; detailed descriptions of how the capital is being used to execute each investment project; an accounting of all direct jobs created; and an accounting of all fees collected from foreign investors by the Center, NCE, any affiliated JCE or issuer of securities associated with the Center, or any promoter, broker-dealer or other entity engaged to locate individual investors. The Center would also be required certify the bona fides of each individual involved in the Center, NCE or JCE in initial filings and annual reports.

The DHS Secretary would have been granted the discretion to deny or revoke EB-5 applications and terminate Regional Centers on the mere reasonable cause to believe that a project was a threat to US public safety and national security or that any person associated with a Center or enterprise might commit espionage, terrorist acts, drug trafficking or a host of other breaches beyond securities violations or financial improprieties. These provisions were based on unsupported assertions that the EB-5 program was susceptible to foreign espionage, export of sensitive technologies in violation of export control rules and infiltration by terrorists.

The compromise bill would have required foreign investors to pay significantly higher filing fees, which would have funded increased enforcement, including audits, site visits and investigations. Foreign investors would have been required to pay a fee of USD 2,000 with each petition, in addition to standard filing fees (earlier proposals would have required fees as high as USD 10,000 for the principal investor and each dependent included in an EB-5 petition). Regional Centers would have been subject to a fee of USD 25,000 (or USD 10,000 for Centers with 20 or fewer investors).

Impact of a New Law on Existing EB-5 Investors

A significant concern prompted by last year’s legislation was its impact on pending EB-5 petitions, particularly as regards immigrant visa set-asides. As discussed above, future legislation would reallocate EB-5 immigrant visas and limit the number of visas available to TEA investors with pending cases. This could significantly delay permanent residence for those made investments, submitted petitions and paid filing fees in good faith under current rules. Reform legislation for Fiscal Year 2017 and beyond will need to clarify this issue to ensure that foreign investors who have already begun the EB-5 process are not unduly prejudiced by visa reallocation. 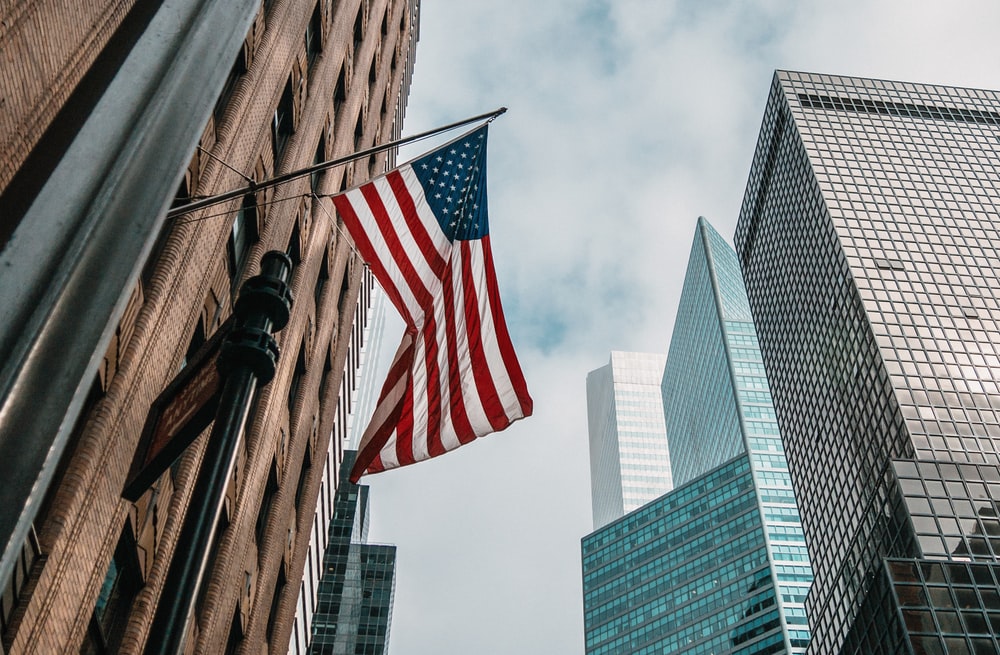 Making the EB-5 Regional Center Program permanent has been a goal of the investment migration community for many years because it would shield the program from politicization and provide greater predictability to investors and Regional Centers. Though last year saw proposals to reauthorize the program indefinitely, the final draft EB-5 legislation would have kept the program provisional, extending it for just five years, through 2020.

What’s Next for the EB-5 Program

With only months left before the EB-5 Regional Center program is up for reauthorization again, EB-5 advocates and legislators have already resumed negotiations on a reform bill.

Meanwhile, foreign nationals currently considering participation in the EB-5 program must be aware of the possibility of future restrictions. To benefit from the predictability of current rules, prospective investors must make a qualifying capital contribution and file their investor petition without delay, particularly if they are contemplating investment in a TEA.