Turkey is situated at the crossroads of the Balkans, Caucasus, Middle East, and eastern Mediterranean. It is among the larger countries of the region in terms of territory and population, and its land area is greater than that of any European state. Nearly all of the country is in Asia, comprising the oblong peninsula of Asia Minor—also known as Anatolia (Anadolu)—and, in the east, part of a mountainous region sometimes known as the Armenian Highland. The remainder—Turkish Thrace (Trakya)—lies in the extreme southeastern part of Europe, a tiny remnant of an empire that once extended over much of the Balkans. 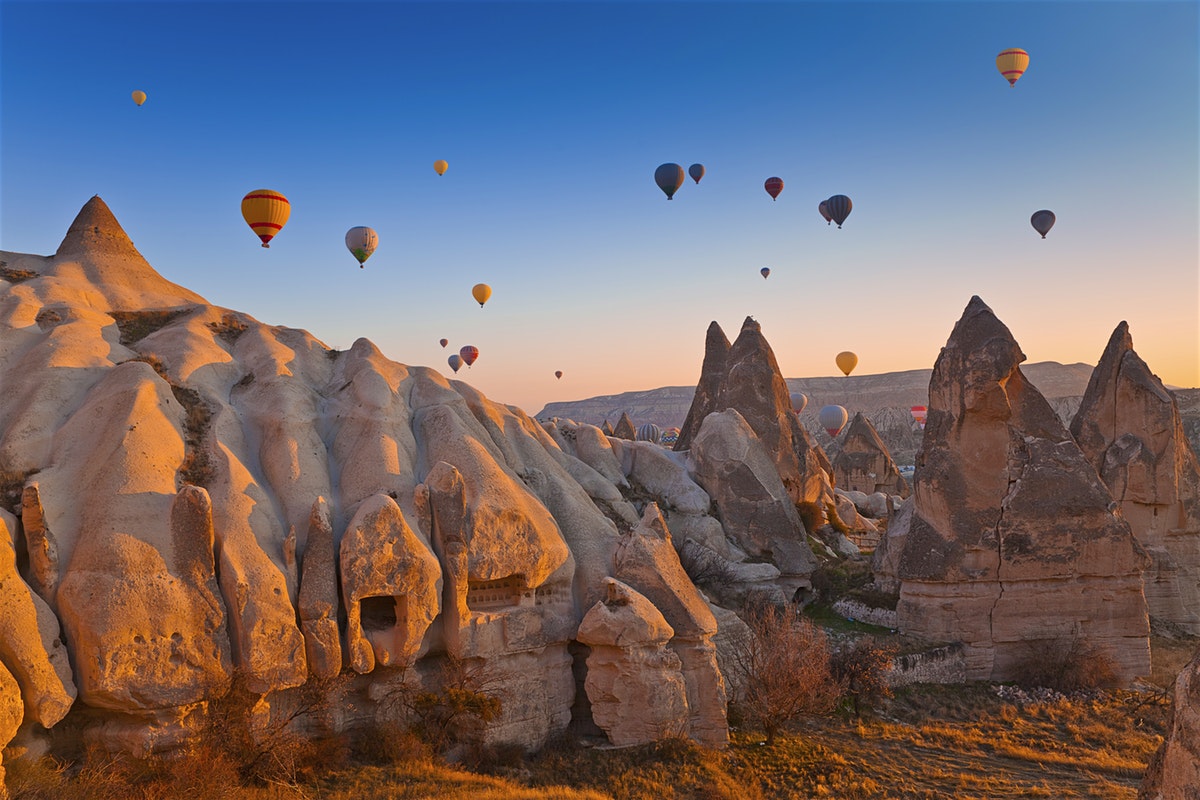 Turkey is a predominantly mountainous country, and true lowland is confined to the coastal fringes. About one-fourth of the surface has an elevation above 4,000 feet (1,200 metres), and less than two-fifths lies below 1,500 feet (460 metres). Mountain crests exceed 7,500 feet (2,300 metres) in many places, particularly in the east, where Turkey’s highest mountain, Mount Ararat (Ağrı), reaches 16,945 feet (5,165 metres) close to the borders with Armenia and Iran. In the southeast the Uludoruk Peak reaches 15,563 feet (4,744 metres); though further west, the Demirkazık Peak (12,320 feet [3,755 metres]) and Mount Aydos (11,414 feet [3,479 metres]) are also significant peaks. Steep slopes are common throughout the country, and flat or gently sloping land makes up barely one-sixth of the total area.

These relief features affect other aspects of the physical environment, producing climates often much harsher than might be expected for a country of Turkey’s latitude and reducing the availability and productivity of agricultural land. Structurally, the country lies within the geologically young folded-mountain zone of Eurasia, which in Turkey trends predominantly east to west. The geology of Turkey is complex, with sedimentary rocks ranging from Paleozoic to Quaternary, numerous intrusions, and extensive areas of volcanic material. Four main regions can be identified: the northern folded zone, the southern folded zone, the central massif, and the Arabian platform.

Turkey’s varied climate—generally a dry semicontinental Mediterranean variant—is heavily influenced by the presence of the sea to the north, south, and west and by the mountains that cover much of the country. The sea and the mountains produce contrasts between the interior and the coastal fringes. Several areas have the winter rainfall maximum typical of the Mediterranean regime, and summer drought is widespread. However, the elevation of the country ensures that winters are often much colder than is common in Mediterranean climates, and there are significant contrasts between winter and summer temperatures. 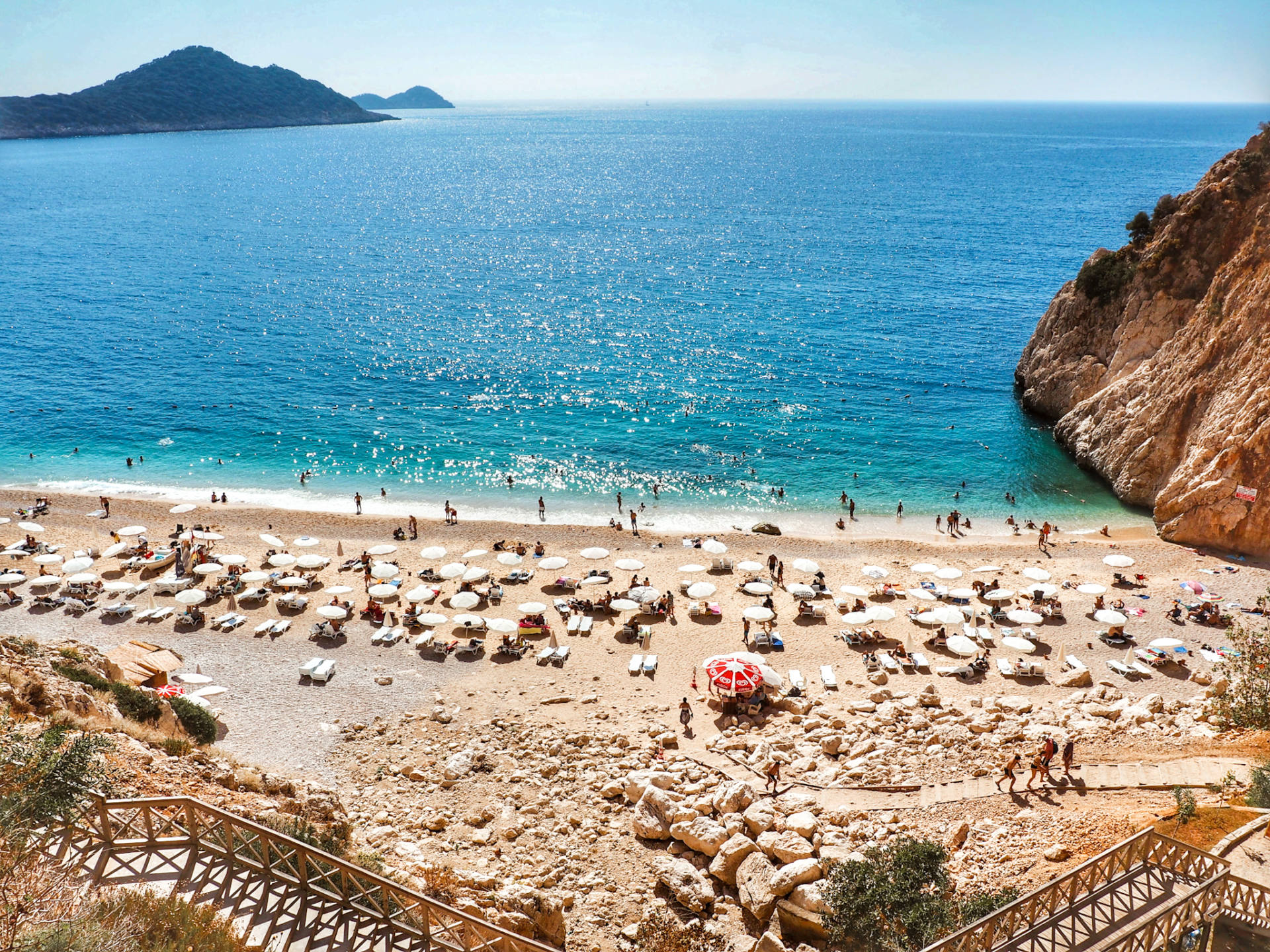 According to the Turkish constitution, the word “Turk,” as a political term, includes all citizens of the Republic of Turkey, without distinction of or reference to race or religion; ethnic minorities have no official status. Linguistic data show that a majority of the population claim Turkish as their mother tongue; most of the remainder speak Kurdish and a small minority Arabic as their first language.

Though estimates of the Kurdish population in Turkey have generally been widely varied, at the beginning of the 21st century, Kurds were estimated to account for almost one-fifth of the country’s population. Ethnic Kurds are present in significant numbers throughout eastern Anatolia and form a majority in a number of provinces, including Ağrı, Bitlis, Bingöl, Diyarbakır, Hakkari, Mardin, Muş, Siirt, Şanlıurfa, and Van. Arabic speakers are mainly in Hatay, Adana, Mardin, Siirt, and Şanlıurfa. There are a further six ethnic groups with sizable numbers: Greeks, Armenians, and Jews are found almost entirely in Istanbul, and Circassians, Georgians, and Laz are generally located in the far east.

More than nine-tenths of the population is Muslim. Nevertheless, Turkey is a secular country. In a 1928 constitutional amendment, Islam was removed as the official state religion, and since that time the state has found itself periodically at odds with religion. The armed forces have maintained a vigilant watch over Turkey’s political secularism, which they affirm to be a keystone among Turkey’s founding principles. The military has not left the maintenance of a secular political process to chance, however, and has intervened in politics on a number of occasions.