The first offshore areas appeared in the early of 20th century according to initiative of a range of small nations, but toward to development on the basic of multinational business. These are stores and transit points in capital shifting (capital) in the global. Governments of such nations compete with each other at maximum level in supplying tax preference, simplifying procedures in financial statements and keep secret of shareholders member of offshore companies. Such services become so attractive that it is said an international commercial community in the respect of offshore sub-culture has been established.

It is not by chance that developed countries with strict tax system always try to limit operation of offshore when surveys against corruption are taken by symbol of FATF. Advantages of offshore charts are so big that they become a decisive factor in the market competitiveness.

First of all, an offshore deals with different matter in the tax regime among different nations. In offshore areas, business income tax is generally some percentage or sometimes does not exist. Asset tax is at minimum level, does not impose tax on income accounts (dividends, bank interest, etc), these are particular features for special offshore areas. 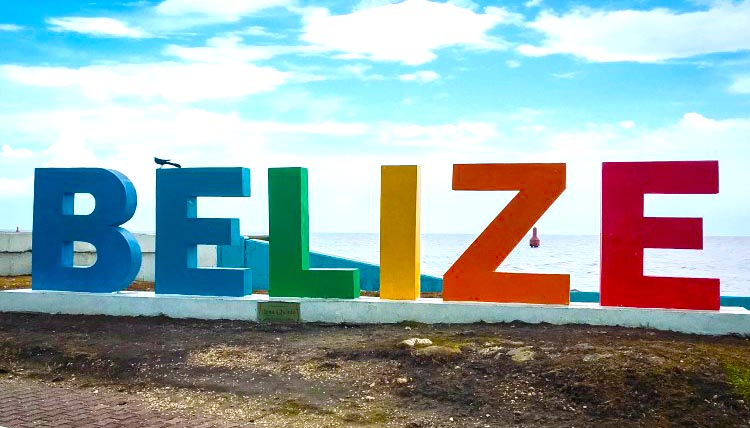 Secondly, offshore helps take back benefit from enterprise financial management, investment and “shares, pooling” at maximum. Many offshore areas give tax preference as investment among companies that associate with proprietary right. This is important for forming Holdings. As implementing commercial charts, establishing companies and financial accounting are dramatically reduced; create favorable conditions for developing and coordinating chains among intermediate partners. Getting agreements of double taxation among offshore areas creates conditions for monetary transits among such areas with the lowest tax expenses.

Finally, that is at offshore area, foreign companies feels more confident than in Russia, positively transact with Russian partner when such partners have their own offshore.

Where to buy, there is sale

In Russia, advantages of offshore are initially appreciated by commercial enterprises (these are companies in goods import and export). In order to bring incomes in the scope of tax impose in Russia, Russian enterprise sign contracts with foreign partners through “subsidiary” offshore but Russian companies. As a result, income level of such operations in financial statements to tax department are reduced, even some Russian companies completely state loss from such contracts. Popular level of income accumulation at offshore areas reach to the income level so that very small income level in many contracts among Russian companies is laid to the tax department in comparison with the real data. Majority of capital shifting (naturally, upon agreement among sides) are only taken by offshore companies of sides engaged in the contracts. As results, imposing on business income tax for such operations is minimized. Tolling is a famous chart thanks to affect of information war and implemented as follows. Offshore companies are connected with tollingers, these are direct supplier of untaxed materials for aluminum companies of Russia in order to export finished products out of Russia (according to provisions of Customs Code, Chapter 9-10). Operation of the tollingers is almost untaxed and therefore, Tolling chart are used by all big aluminum production factories in Russia. The highest point shall be reached when local Tollings appear. As results, unimaginable preference are brought to almost offshore companies. Only by effort of a competitive company “Sibirskogo Aluminhia” (the company does not have fuel facility in Russia), is local Tolling completely prohibited. However, up to now, Russian Aluminum companies still cooperate with offshore companies. It is not by chance that 98% of 1.2 billion USD of foreign investment in color metallurgy industry was recorded in the section “other countries” in the first half of 2003, that is only taken into account of offshore area of “investors”.

At local business development, some matters related to prestige of offshore used are arise. This open matter solution chart has principally appeared for a long time. In order to implement, generally, it is necessary to have a range of companies’ chains. For example, principal trading operation is performed by company of any nation, for instance, United Kingdom. Prestige of the company as a big partner that it does not have business income but taking back minimum commission from foreign contracts because this is offshore company. 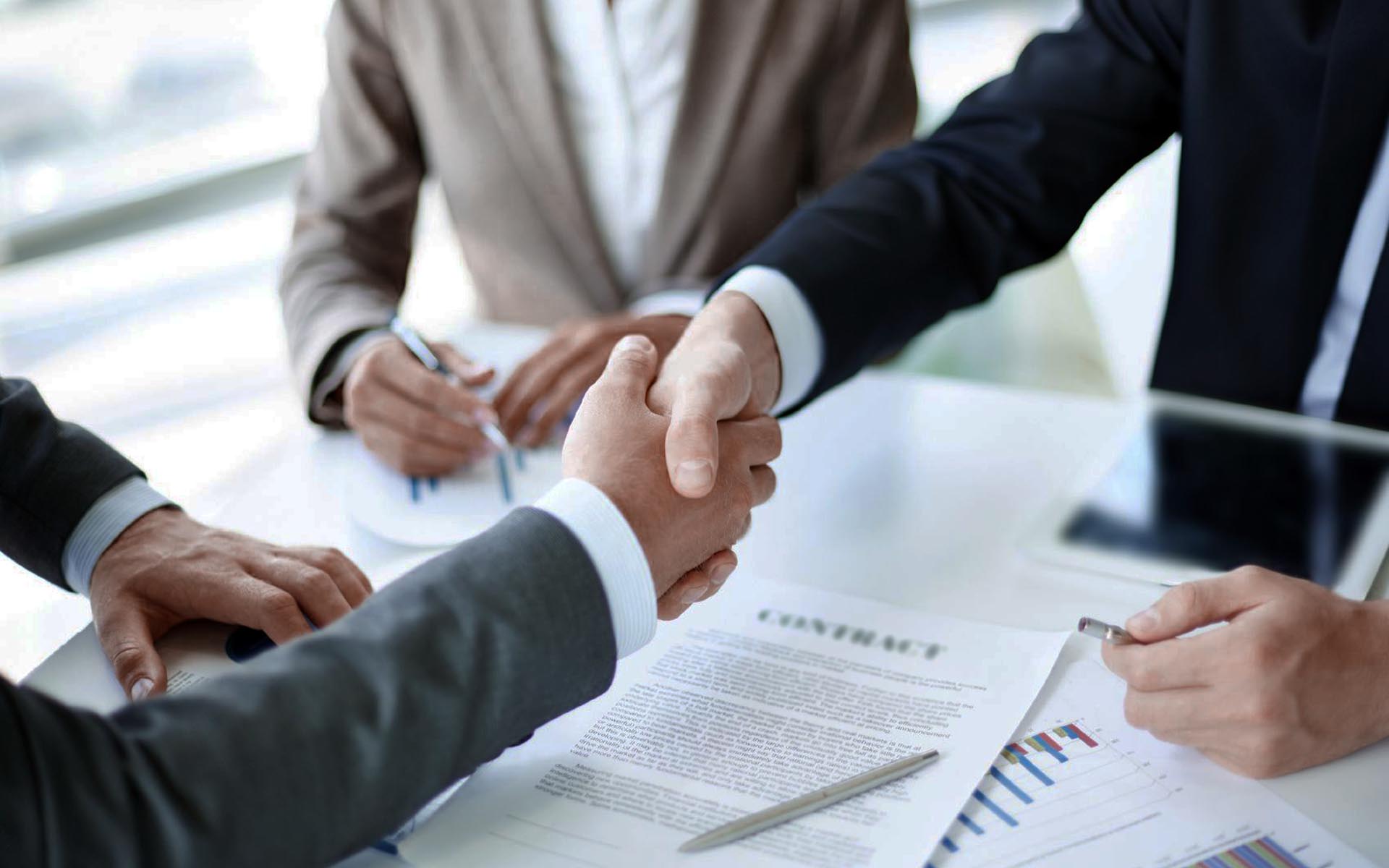 If an enterprise participates in foreign trade professions and does not intend in beginning, income tax reduction may be implemented if percentage interest of borrowing from its own offshore should be paid. Article 269, Tax code of Russia allows doing this without any consequence, if annual interest rate does not exceed 15% (in foreign currency). If capital loan is not really appropriate, it is possible to take registered trademarks of goods from offshore, copyright, other intellectual proprietary or signing copyright use contract. In the first case, it is likely to transfer a big amount of money to offshore company, and in the second case, regular payment shall be made according to copyright use license. It is remarkable to focus on chart that “Norinski Niken” used. In a short term, a partner company that is Noriment Ltd has stored a large amount of goods, then all shares of the offshore company is resold to “Norinski Niken”.

The year 2000 marked another tend, especially obvious in petroleum industry: Russian enterprise realized that it was necessary to specify interest rate in order to show customers success and attractiveness level of investment. Monetary shifting into offshore areas should be stopped and instead of it, “optimization” chart of income tax rate has shown more sophisticated methods. Along with such matter, the role of offshore does not reduce anymore, for example: contract between TNK and BP and result is to register at Virgin island of United Kingdom. Such example as well as other examples show that offshore is the optimal plan to attract capital into Russian companies from foreign strategic investors. Besides familiar legal basics for foreign companies, offshore also creates favorable conditions for receiving annual dividends with the lowest tax loss. “Optimization” ability of tax rate for dividend accounts at many offshore areas. Moreover, it is possible to establishing special Holdings in some areas for payment between parent company and its subsidiaries.

Holding major is one of the developing directions in using offshore. This shows a lot of advantages in forming company’s structure. Consultancy operations show that, this matter become more and more real. In constructing structure and managing Holding methodologically, parallel with preference use because such countries as Holland, Luxemburg or Kipr, in fact, it is possible to reduce income tax on dividends to 5-6%. Dividends may concentrate in “virtual” area, that means in the centre of Holding offshore, then may be distributed among shareholders. Such chart is, for example YUKOS, used in Gibraltar island area. In order to reduce expenses in components of big Holdings, banks or insurance are combined into Holding. These are operation in the places where offshore supplies a range of tax preferences and in establishing obligatory reserves. Offshore company is useful in reselling shares that can be repurchased at cheap price from “Privatization”. At present, such shares are at billions of dollars. In order to avoid declaring unusual great incomes, the first share shall be offered for “its own” offshore by actual cost and then transfer to the buyer at the market price.

Offshore companies may be used as investors when they contribute their assets in the charter capital of Russian company. In such case, offshore companies purchase expensive machines and equipment and establish Russian company and then bring such assets to contribute into the charter capital. According to such chart, import tax and value added tax on machines and equipment shall not be imposed. An especially attractive point of offshore areas is for transportation companies, the first is ship owner because there is remarkable preference on income tax and enterprise assets tax (these are big expenses in transportation activities). Therefore, many ships in the world take flag of Liberia or Panama. In order to implement aforesaid charts, it is necessary to take into account of factors: the most important factor is legal basics of nations that allow registering offshore company whether double taxation agreement or not, prestige of such nations, etc.

Offshore charts, perhaps, shall be attractive for Russian businessmen for a long time in the future though tax rate “optimization” charts in Russia is sometimes not inferior to profit level. It is difficult to change situation and struggling positive with such phenomenon of developed countries with representative of FATF. Because it does not focus on anti-commerce but anti-criminal organization using security feature of offshore, However, because of parallelism between “clean money” and “dirty money”, it may become weakness of Your company in an unhealthy struggle with using Interpol and FATF or even in politic – military struggle, for example “monster axis”. However, that is another subject