Antigua and Barbuda, islands that form an independent state in the Lesser Antilles in the eastern Caribbean Sea, at the southern end of the Leeward Islands chain. There is one dependency, the small island of Redonda. The capital is St. John’s, on Antigua. 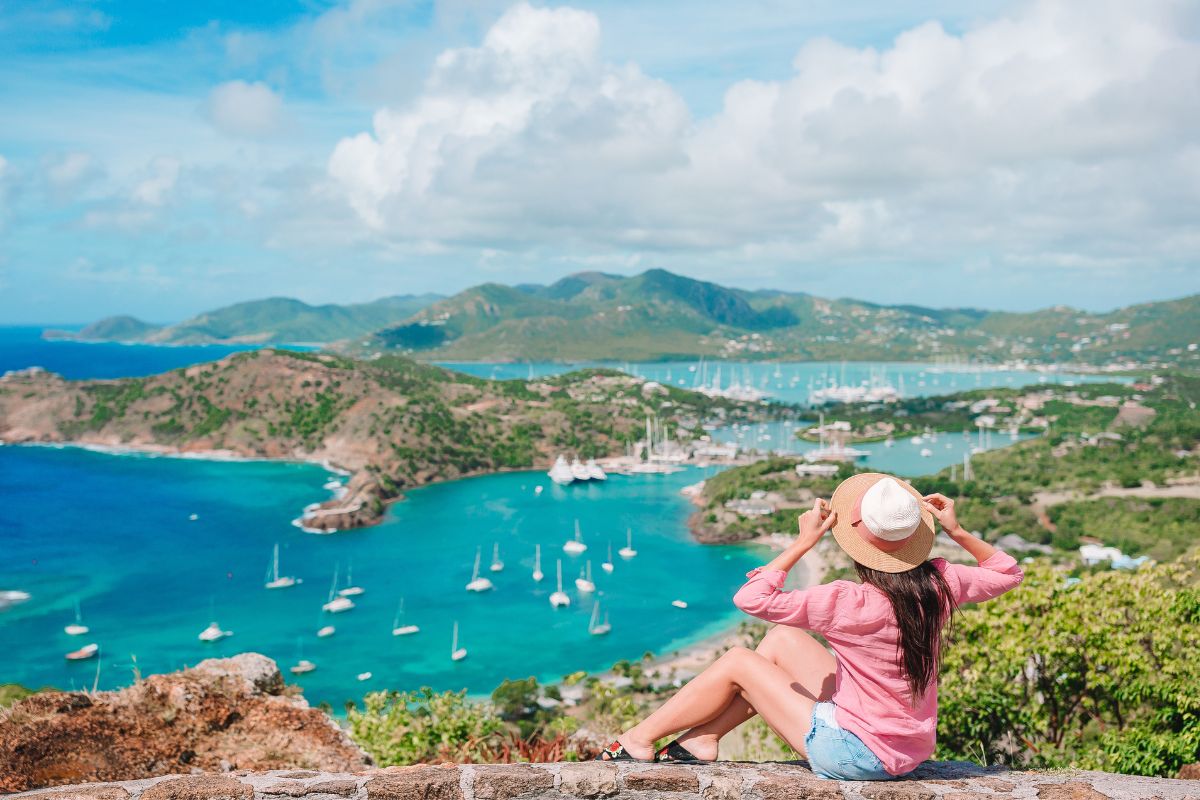 Antigua’s coastline is intricate, with bays and headlands fringed with reefs and shoals; several inlets, including Parham and English Harbour, afford anchorage for shipping, and St. John’s has a deep water harbour. The island has an area of 108 square miles (280 square km). It is mostly low and undulating, but in the west there are volcanic rocks that rise to 1,330 feet (405 metres) at Mount Obama (formerly Boggy Peak). An absence of mountains and forests distinguishes Antigua from the other Leeward Islands. Because there are no rivers and few springs, droughts occur despite a mean annual rainfall of some 40 inches (1,000 mm). The average January temperature is around 77 °F (25 °C); that of August, 82 °F (28 °C). Summer highs can reach 90 °F (32 °C).

Barbuda, formerly Dulcina, lies 25 miles (40 km) north of Antigua. A coral island, flat and well-wooded, with highlands rising to 143 feet (44 metres) at Lindsay Hill in the northeast, it is 62 square miles (161 square km) in area. Barbuda is without streams or lakes and receives less rainfall than Antigua. Codrington, the only settlement, lies on a lagoon to the west. The climate is similar to that of Antigua. 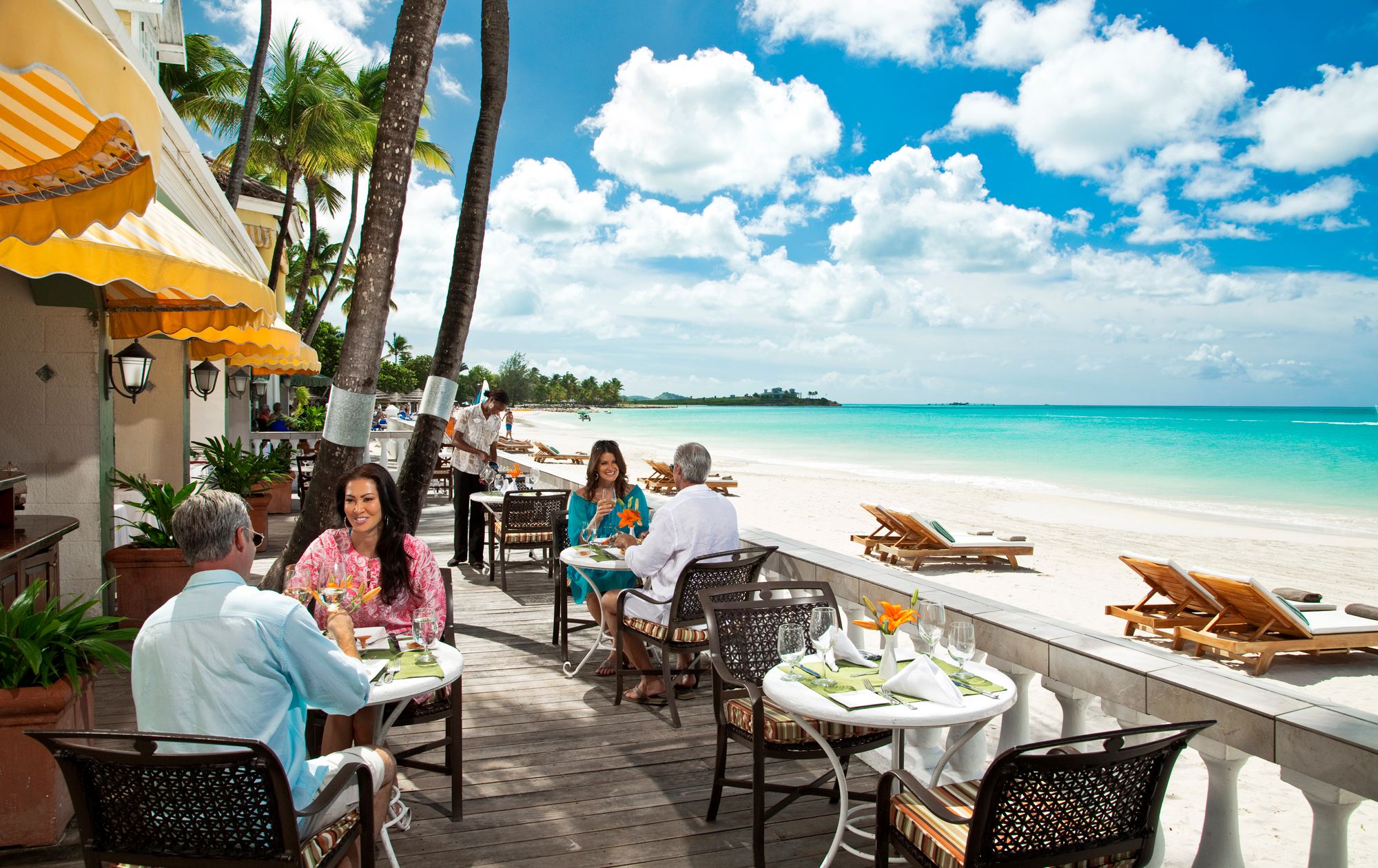 The majority of the population is of African descent. Most of Antigua’s inhabitants live in St. John’s. The language is English, and some two-thirds of the people are Christian. The single largest denomination is Anglicanism. There are also large proportions of Seventh-day Adventists, Pentecostals, Moravians, and Methodists.

Agriculture, once the mainstay of the economy, has been largely supplanted by tourism. Sugarcane was long the dominant crop on Antigua, but its production is now insignificant. Barbuda was never involved in the sugar plantation system, its inhabitants always having been fishermen and subsistence farmers. Their traditional system of land tenure is threatened by tourism development. Fruits and vegetables, including citrus fruits, mangoes, and eggplants, are now cultivated on the islands. Manufacturing plays a small role in the economy; most activity involves processing agricultural products and making clothing and textiles and concrete blocks. An international airport is near St. John’s. 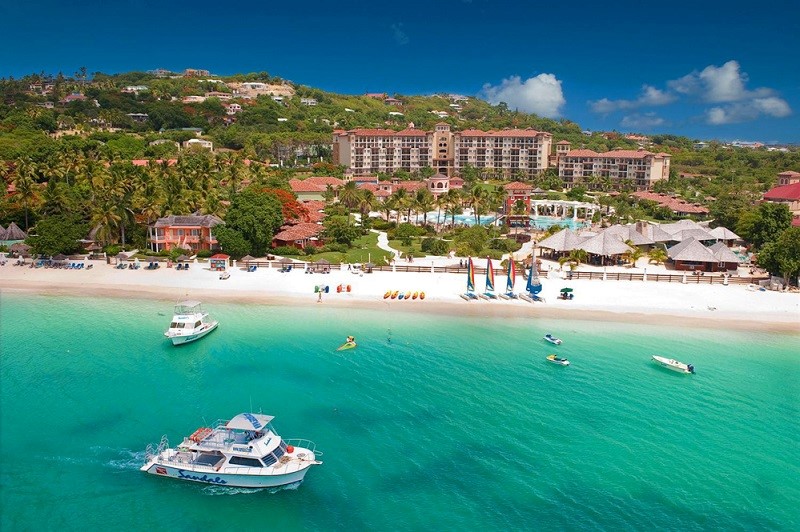 Antigua and Barbuda is a constitutional monarchy with a parliamentary form of government. The British monarch is nominal head of state, represented by a governor-general. The constitution allows for a two-chamber legislature, consisting of a Senate and a House of Representatives. Executive power is vested in a Council of Ministers headed by the prime minister, who is the head of government. Primary and post primary education is compulsory.

Antigua was visited in 1493 by Christopher Columbus, who named it for the Church of Santa Maria de la Antigua in Sevilla, Spain. It was colonized by English settlers in 1632 and remained a British possession although it was raided by the French in 1666. The early colonizers were also attacked by Caribs, who were once one of the dominant peoples of the West Indies. At first tobacco was grown, but in the later 17th century sugar was found to be more profitable.

The nearby island of Barbuda was colonized in 1678. The crown granted the island to the Codrington family in 1685. It was planned as a slave-breeding colony but never became one; the slaves who were imported came to live self-reliantly in their own community.

The emancipation in 1834 of slaves, who had been employed on the profitable sugar estates, gave rise to difficulties in obtaining labour. An earthquake in 1843 and a hurricane in 1847 caused further economic problems. Barbuda reverted back to the crown in the late 19th century, and its administration came to be so closely related to that of Antigua that it eventually became a dependency of that island.

The Leeward Islands colony, of which the islands were a part, was defederated in 1956, and in 1958 Antigua joined the West Indies Federation. When the federation was dissolved in 1962, Antigua persevered with discussions of alternative forms of federation. Provision was made in the West Indies Act of 1967 for Antigua to assume a status of association with the United Kingdom on February 27, 1967. As an associated state, Antigua was fully self-governing in all internal affairs, while the United Kingdom retained responsibility for external affairs and defense.

By the 1970s Antigua had developed an independence movement, particularly under its prime minister George Walter, who wanted complete independence for the islands and opposed the British plan of independence within a federation of islands. Walter lost the 1976 legislative elections to Vere Bird, who favoured regional integration. In 1978 Antigua reversed its position and announced it wanted independence. The autonomy talks were complicated by the fact that Barbuda, long a dependency of Antigua, felt that it had been economically stifled by the larger island and wanted to secede. Finally, on November 1, 1981, Antigua and Barbuda achieved independence, with Vere Bird as the first prime minister. The state obtained United Nations and Commonwealth membership and joined the Organization of Eastern Caribbean States. Bird’s Antigua Labour Party (ALP) won again in 1984 and 1989 by overwhelming margins, giving the prime minister firm control of the islands’ government.

The post independence political landscape of Antigua and Barbuda remained relatively stable, although the government was the subject of intermittent scandals and corruption allegations. The country also acquired a reputation as a somewhat lax tax haven. Bird retained office until his retirement in 1994, after which his son, Lester, served as prime minister from 1994 to 2004. He was succeeded by Baldwin Spencer of the United Progressive Party, who also spent a decade in office. In 2009 the economy suffered after one of the country’s largest investors, U.S. financier Robert Allen Stanford, was arrested and charged with fraud; in 2012 a Texas court found him guilty of having run a Ponzi scheme from his offshore bank on Antigua. In the June 2014 legislative elections the ALP regained power under Gaston Browne. Browne and the ALP then retained power in early elections held in March 2018.