Saint Lucia, island state in the Caribbean Sea. It is the second largest of the Windward group in the Lesser Antilles and is located about 24 miles (39 km) south of Martinique and some 21 miles (34 km) northeast of Saint Vincent.

Saint Lucia is 27 miles (43 km) long and has a maximum width of 14 miles (23 km). The capital and major port is Castries. Saint Lucia is a member of the Commonwealth.

The island is of volcanic origin and is bisected from north to south by a central ridge of wooded mountains, the highest point being Mount Gimie (3,145 feet [959 metres]). Many streams flow from the mountains through fertile valleys. In the southwest are the Gros and Petit Pitons (2,619 feet [798 metres] and 2,460 feet [750 metres], respectively), two immense pyramids of rock rising sharply from the sea and enclosing a small bay. Near Petit Piton, in the crater of an ancient volcano, are the boiling sulphur springs from which the nearby town of Soufrière takes its name. A choice tourist site, the springs also contain substantial energy potential. 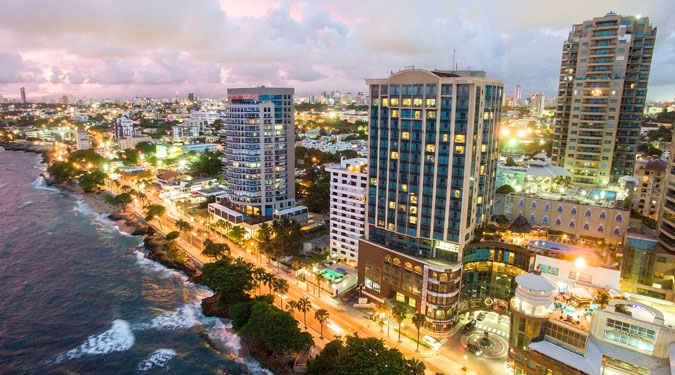 Saint Lucia lies in the path of the northeastern trade winds and has a tropical maritime climate. Rainfall and temperature vary with elevation. Average annual rainfall ranges from 51 inches (1,295 mm) on the coast to as much as 150 inches (3,810 mm) in the interior. There is a dry season roughly from January to April and a rainy season from May to November. The mean temperature is about 80 °F (27 °C), with highs sometimes ranging into the upper 80s (31 °C) and lows into the upper 60s (20 °C).

No Caribs remain on the island; the vast majority of the inhabitants of the island are black and there is a small minority of mulattoes and other mixtures. The remainder are whites or of East Indian extraction. A French patois is spoken by most of the inhabitants but is being gradually supplanted by English, the official language. The main religion is Roman Catholicism, and Seventh-day Adventists and other Protestants are important minorities. The rate of population growth for Saint Lucia is slightly higher than the Caribbean average. The main population centres are Castries and Vieux Fort. 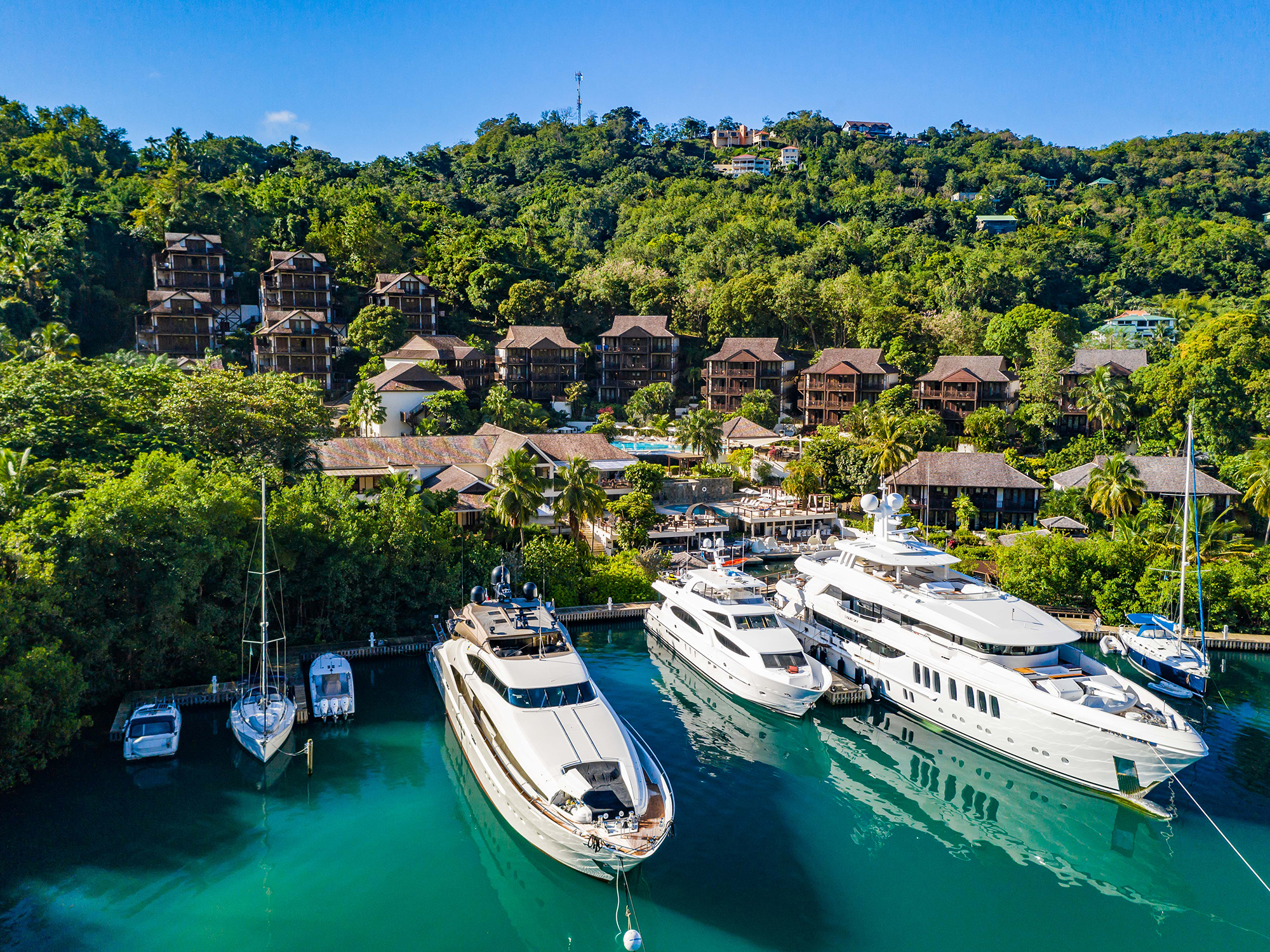 Sugarcane was formerly the chief crop, but production ceased entirely in 1964, when most of the cane fields were converted to banana cultivation. Bananas are now the principal crop. Other crops are coconuts, cacao, citrus and other fruit, spices, cassava, and yams. There is a steady local fishing industry.

Saint Lucia’s manufacturing sector has been a major beneficiary of the U.S. Caribbean Basin Initiative, a program designed to promote manufacturing in the region. An industrial free zone has been established in the south of the island near Vieux Fort; there factories produce and export electronic goods and toys. Other industries produce cardboard cartons, clothing, rum, tobacco products, coconut products, concrete blocks, and beer. Tourism has developed rapidly since 1970; in 1987 a complex for cruise ships was opened near Castries.

There is an international airport at Vieux Fort, at the southern tip of the island, and a smaller airport at Vigie for domestic and regional flights. International shipping lines operate from the ports at Castries and Vieux Fort. In addition, there is an oil transshipment terminal near Castries.

Saint Lucia is a constitutional monarchy with the British monarch as head of state, represented by a governor-general. The bicameral parliament consists of the House of Assembly elected by universal adult suffrage and the Senate, with members appointed on the advice of the prime minister, on the advice of the opposition leader in the House, and by the governor-general. The prime minister, leader of the majority party, heads the government.

Several general hospitals and many health centres are distributed throughout the island. There is also a private hospital operated by a religious order at Vieux Fort.

Primary education is free and compulsory, and there is a branch of the University of the West Indies at Castries. There is also a technical college and a teacher-training college. Many of the primary schools are parochial, principally Roman Catholic.

Several newspapers are published on the island, and radio and television broadcasts are widely received. 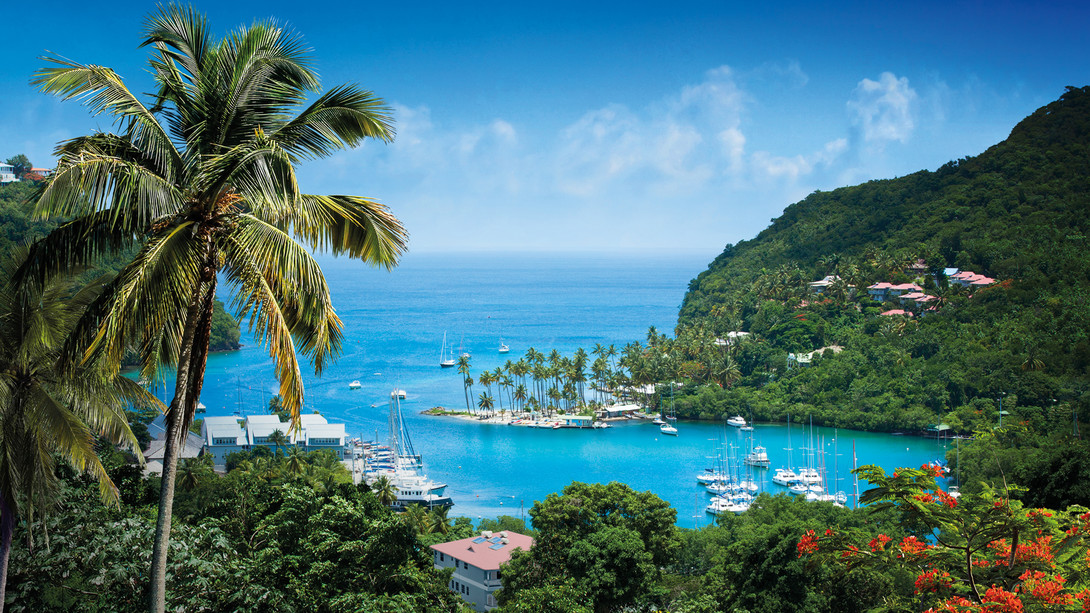 The exact date of the European discovery of Saint Lucia is not known, but it is thought to have been about 1500. The first attempts at colonization were made by the English in 1605 and 1638, but they were frustrated by sickness and the hostility of the native Caribs. A successful settlement was achieved in 1650 by the French from Martinique, who made a treaty with the Caribs in 1660. In 1664 Thomas Warner, son of the governor of Saint Kitts, regained the island, but it was restored to France by the Treaty of Breda in 1667. In 1674 it was claimed by the crown of France and made a dependency of Martinique.